Whether you’re doing some DIY work around your house or you’re a professional, you’re going to need some kind of structure to raise your height. Standing on a chair just isn’t going to cut it, and it’s very dangerous. There are benefits and disadvantages to different kinds of platforms. The most stable and reliable surface is probably a scaffolding. Scaffolding has four or more feet that come in contact with the ground. There are rails to keep you from falling and a wide surface to walk around on. However, scaffolding is bulky, expensive, and difficult to move around. When you need a smaller, more portable, more adaptable surface, you should choose between a podium and a ladder.

When it comes to stability, Top Tower provide podium steps that are more stable than ladders, because a podium always has at least four points of contact with the ground. In many cases, they can have six points in contact with the ground. Obviously, a surface is going to be more stable if it has more points of contact. A ladder has two, or sometimes four. If you are trying to do work on an unstable surface like the ground outside a house, you probably should choose a podium. If you have shrubbery, bushes, mulch, or any kind of lining around your house, the ground is likely very unstable. Shifting surfaces like mulch and gravel are also a big concern, especially with ladders. These concerns are well documented, so it’s very likely that a quality ladder would support you well. However, for the ultimate amount of stability, choose a podium.

A podium is going to beat a ladder in many aspects of ease of use as well. Ladders are easier to move around. If you need to move your ladder to some other part of the house, it’s going to be much easier to carry or slide to the next spot. However, you won’t need to move a podium quite as much. They’re typically wider at the top, so you have more space to move side to side. They’re also much more stable at the base, so you can lean a little bit to reach certain spots. You should never lean side to side on a ladder. If you need to move the podium, it might take a little more work than moving a ladder.

That’s why the best podiums come with wheels on a few of their legs. The wheels allow you to tip the ladder and push it like a shopping car to the next spot. 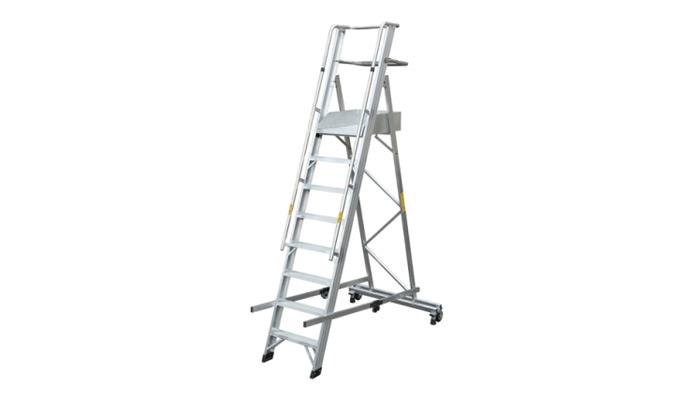 The biggest concerns with a podium are moving it to and from the job site and storing it somewhere. They’re a little bit bulky; that stability comes at a price. However, the very best podiums are made from lightweight, durable material, and they fold up very small. If you can fold up the podium, it’s not much bigger than a ladder. If you’re looking for a small platform that offers you the ultimate in stability, you should look for a podium.

Networking – A Must for Small Business Owners

What kinds of Services a Locksmith would offer?

The Top SSC Exams that You Can Attempt...

Know Everything About the Most Popular SBI PO...

Making the Most of Your Business’ Car Park...

Why You Need Help Growing Your Malaysian Business...